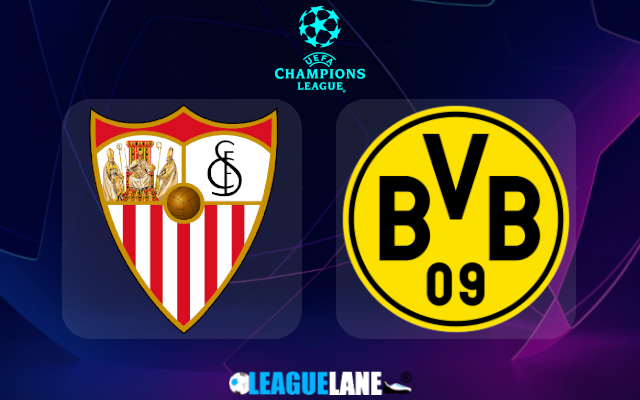 Sevilla will be facing visiting rivals Borussia Dortmund on Wednesday at Estadio Ramon Sanchez Pizjuan in this Champions League.

Borussia Dortmund have been one of the top performing teams in the German top flight for the past several years and especially so during the previous year.

They had registered a second place finish the last season in Bundesliga and as a result they had qualified for the Champions League clash this season.

Dortmund lost their start striker Erling Haaland, but their goal-scoring form has been never disappointing. The problem for them lies in their defensive line which allowed a total of 8 goals in the past 4 overall fixtures.

Meanwhile, Sevilla recorded a goalless draw against FC Copenhagen on the road in their previous UCL match-day and as of now they are in possession of the bottom spot.

Going on, they are going through an unimpressive stretch of performances lately. They were winless in 8 of the past 10 overall fixtures and lost 5 in the process. Do also note that they had allowed a total of 14 goals in their past 7 outings.

By the looks of things, we expect a pleasant display for the travelling supporters at Estadio Ramon Sanchez Pizjuan.

Dortmund won 7 of the past 10 road trips and had scored a total of 23 goals in the process.

On the other hand, Sevilla were winless in 7 of the past 10 home fixtures and had gone on e 2 separate winless streaks in the process. Do also note that they are on a 3-fixture losing streak and had let in a total of 9 goals in the stretch.

Considering all these observations, we expect a victory for the Black and Yellows on Wednesday against this Sevilla side.