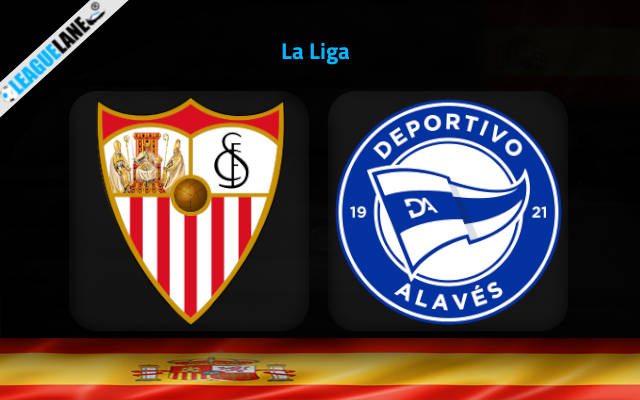 Sevilla continue to be one of the titans of the Spanish top flight, and have placed themselves firmly in the third position. Only Real Madrid, and Sociedad are above them – and note that Sociedad have played an extra game.

In fact, a surplus of four points would help the team to climb from the third spot to the top of the table.

Meanwhile, Alaves have been going on a poor run on the road for quite some time, and their rare wins this season had come against some of the weakest teams in the league.

By the looks of things, expect a win for the hosts Sevilla this Saturday at the Estadio Ramón Sánchez Pizjuán.

Sevilla recorded a 0-2 win on the road the last match-day, against Betis. They were also unbeaten in 19 of their past 21 overall fixtures, and importantly at home, they have lost just twice since February.

On the other hand, Alaves might have recorded a 2-1 win at home the past game week. But it had come against the 19th placed Levante.

Considering these observations, as well as past h2h stats, expect a huge win for Sevilla this Saturday.

Tips for Sevilla vs Alaves