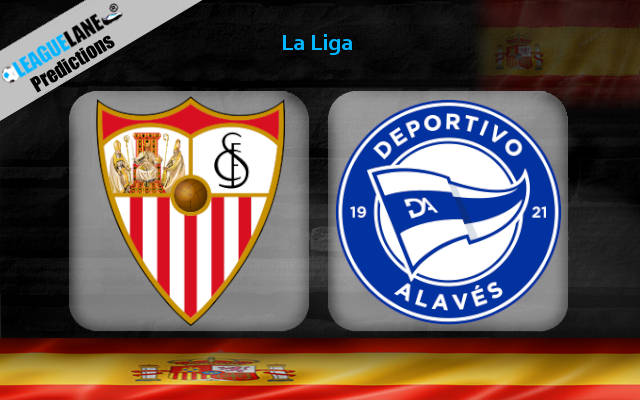 Sevilla has confirmed a spot in the UCL next season and they still have a chance to swap places with Barcelona in the league table this term. A win in the encounter with Alaves at Ramon Sanchez Pizjuan on Sunday will see through that, given the Catalans suffer a defeat in their respective fixture.

The host has dropped points three times within the last five attempts in the campaign. Their inconsistency in the recent league clashes will be a concern. They will return home after suffering a 4-0 loss on the road with Villarreal last time out in their schedule.

In the meantime, Alaves has no concerns regarding the relegation despite being at the bottom part of the table. The away team has been unbeaten in their last four matches, following a 4-2 win at home against the likes of Granada in the last league clash.

In terms of scoring goals, the host hasn’t been the best at home. They have scored just 26 goals in their 18 appearances so far this season in the league. Thus, expect a low-scoring affair as the host is likely to defend after getting the lead in the game. Hence, the tip for under 3.5 goals will probably come in handy to yield decent returns in the encounter.