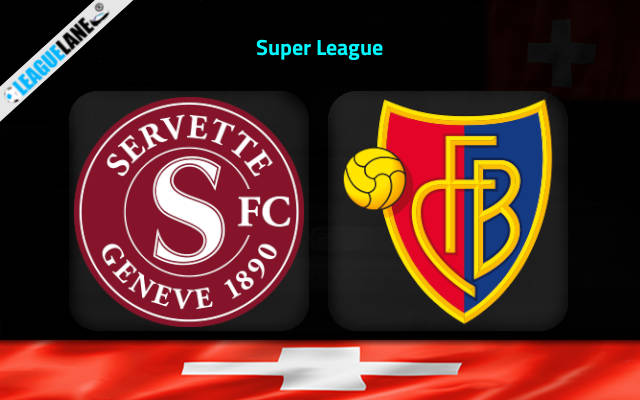 Servette has exhibited a bit of trouble with their form in the recent matches. The team has failed to secure a win in the last five matches, in which three of them ended with the team not scoring any goals. The team currently stands sixth on the league table with 42 points. With the current standing, they have secured a position in the Super League in the next season as well.

Servette played their last match against Lugano. Both teams scored two goals each, ending the match in a draw with 2-2 FT score.

Basel has been one of the top contenders of Super League this season. They have got 14 wins, 16 draws and losses from their matches throughout the season. Few number of losses in the matches have helped the team to secure the position as the second placed team with 58 points. With their current standing, the team has earned a ticket to the qualification rounds of the Europa Conference League.

Basel played their last match against Grasshopper Club. Both teams scored one goal each, ending the match in a draw with 1-1 FT score.

Servette has played poorly in their recent matches, going winless in the last five matches. Basel, on the other hand, has secured very few losses throughout the season. However, they have drawn in almost the same number of matches as they have won.

Servette, at the moment, is winless in the last three home matches. They have lost in two matches in which they failed to score as well. Basel is unbeaten in the last five away matches. However, the last two matches have ended in goalless draws.