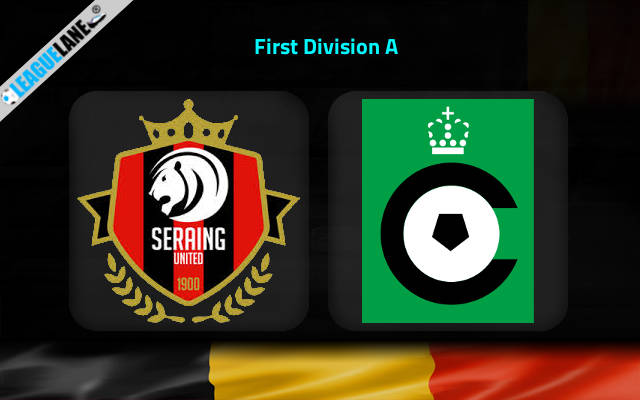 The Jupiler League game at Stade de Pairay on Tuesday will see home side Seraing ready themselves for the challenge from opponents Cercle Bruges.

Seraing has been one of the worst and they were lucky not to have gotten relegated at the end of the previous season.

They had finished 17th in a table of 18 and played a set of relegation fixtures which helped them to regain the topflight position. Seraing were able to deliver just 8 wins that season and all along they had let in goals in huge numbers.

They have continued this dismal form even into this new campaign and are still struggling with their defense. The team lost 7 of their 11 league fixtures played so far in this campaign.

Meanwhile, Cercle Bruges have won just twice so far this campaign and they are on an inconsistent form too. However, they looks slightly better than their counterparts Seraing since they holds a better unbeaten record.

It also deserves to be mentioned that they have leaked a total of 20 goals over the course of their 11 Jupiler League games in this season.

Cercle Bruges had sealed a victory over the likes of Gent before dropping points to Union Saint-Gilloise in their previous fixture. They had scored goals in previous 3 league fixtures.

In addition, Seraing have not emerged victorious at home since the beginning of this season. They have scored a total of just one goal at this stadium so far.

For all these reason, expect a winning performance from the visiting side Cercle Bruges on Tuesday.