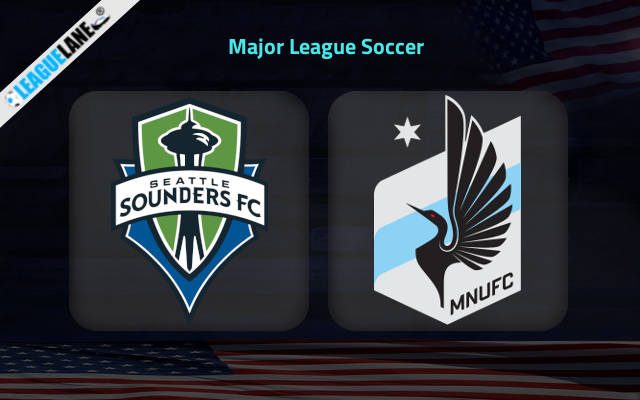 Seattle Sounders will be looking to get their MLS campaign up and running after a slow start to the 2022 season on Sunday afternoon when they host Minnesota United at Lumen Field.

Seattle can now fully focus on the domestic league after winning the Concacaf Champions League trophy by beating Mexican side UNAM Pumas in the final (a 3-0 win in the return leg in Washington).

The team led by Brian Schmetzer were much more oriented towards success in the continental competition so far in the season.

This was the main reason for a thread of three consecutive losses in the previous three MLS rounds against Inter Milan, San Jose Earthquakes, and Dallas.

Seattle Sounders will fancy their chances of getting a result here against Minnesota United who will also enter this tie off of a losing thread.

The visitors suffered back-to-back defeats to Los Angeles FC and Cincinnati in the previous two rounds, without scoring a single goal in the process.

Knowing that Seattle Sounders have shown great displays on the home patch recently (four wins in the last five matches in all competitions at Lumen Field), we have more than enough reasons to expect them to see off the struggling opposition here.

The home win to nil is the scenario we are expecting to witness here knowing that Minnesota United have failed to score a goal in the last two MLS affairs against LAFC and Cincinnati.

You can thus back Seattle Sounders to win at the 1.75 odds, while the hosts are 2.75 to keep things quiet at the back on Sunday.