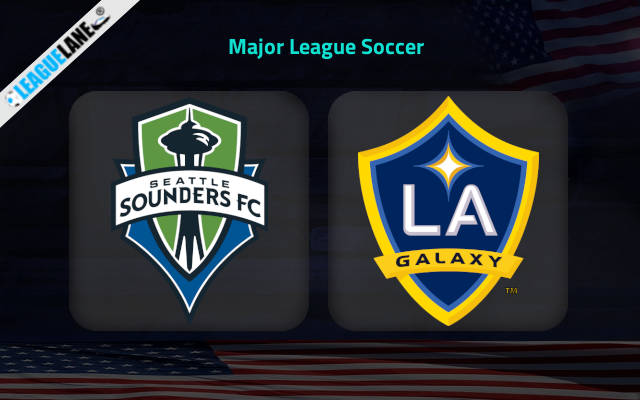 Seattle Sounders will face LA Galaxy for their next match in MLS on Saturday at Seattle.

Seattle Sounders played against Real Salt Lake in their last match, in which Bobby Shou Wood scored the one and only goal in the match, which helped Real Salt Lake take the lead and win the match. The match ended with 1-0 FT score.

LA Galaxy played their last match against Charlotte, in which LA galaxy scored the only goal of the match in the 77’minute to take the lead and ensure a win for the team. The match ended with 0-1 FT score.

Seattle Sounders has started the season with a loss streak. The team has lost in their last two matches and has not scored in the matches as well. The second placed team of Western Conference in the last season has not won in the last nine matches. They will hope to get back into their winning mentality and gain wins in this season.

Even though the second ranked team is seen to be in a trouble for a last couple of league matches, their performances have shown that they can get back in form at any time to earn a win. LA Galaxy will have started this season with two clean sheets and a tendency to keep their streak going.

Seattle’s recent home matches have not produced the results the team had hoped for. The team is winless in their last four home matches. LA Galaxy has got mixed results from their latest away matches.

The match is most likely to end in a win for LA Galaxy or in a draw. Both teams have scored in their previous matches and can be expected to score in this match as well.