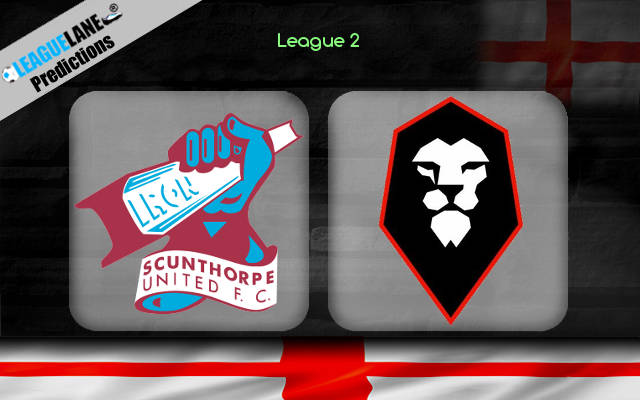 Scunthorpe are easily the worst team in the whole competition, and are placed dead last in the table. As of now, they are the prime contenders to get relegated at the end of the season.

And the struggling Salford could take advantage of this match-up, and post some much-needed points against their name. They also have a good h2h record against this rival over the years.

As things stand, expect the latter to have the upper hand at the Sands Venue.

Scunthorpe are placed bottom-most in the table, and they have so far managed a total of just two wins. They have also scored the least number of goals of all the teams in the competition, and have conceded the most as well.

In fact, they had lost eight of their preceding ten games, and had let in two or more goals in six of their past nine matches. They had also lost five of their past six appearances at home, and have won just twice at this stadium since March of 2021.

On the other hand, Salford are currently on a two-fixture winning run, and they had scored a total of six goals in the process. Moreover, they also have a rather good h2h record against this foe over the years.

In addition, not only are Salford desperate for points, but this is also one of the rare opportunities this campaign, where they could be the favorites.

The team will try their best to make it count. Expect a win for Salford this weekend.