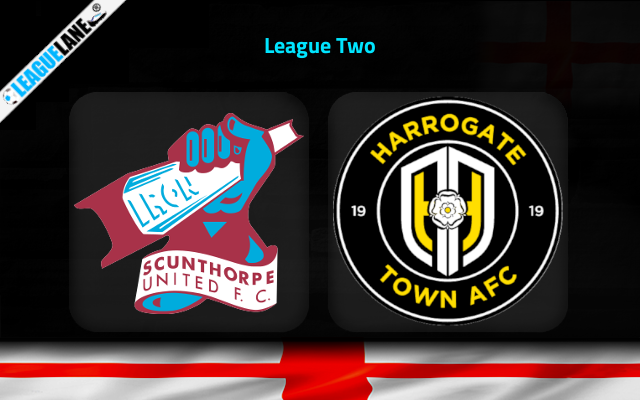 Scunthorpe with the possession of the worst offensive and defensive side, sits at rock bottom position of the table. They are not pulling up any trees since the beginning of this league. They have seldom won at all. Hence, they will be having lowest of spirits even if they owns the advantage of home patch in the coming league fixture.

Scunthorpe recorded another demotivating defeat in their most recent league fixture Salford away from home. The match ended up in a 5-1 ft score. With that defeat, they are now following a winless streak for 8 straight league fixtures.

Meanwhile, Harrogate have been enjoying a seesaw of form of late. Their inconsistency pushes them down to the 16th position. They have collected only three points from the past 5 league fixtures to add up to a total of 44 points. They possess a dreadful defensive and a good offensive lineups.

Harrogate will have a chance to record a three pointer when they drop Curtains with Scunthorpe in the coming League Two fixture at Sand Venue Stadium on Saturday.

With only three wins to their name at this venue since the beginning of this season, Scunthorpe displays nothings impressive to bet in favour with. They have been leaking goals and losing games at an alarming rate here.

On the other side, Harrogate are unbeaten in two of the past four league fixtures on road. Even though it falls short of impressive, such a run will count much against this Scunthorpe side.

Their overall record on road shows them remaining unbeaten in 13 of the 19 league fixtures this season so far. Therefore, we have enough reasons to back Harrogate to seal a winner here.