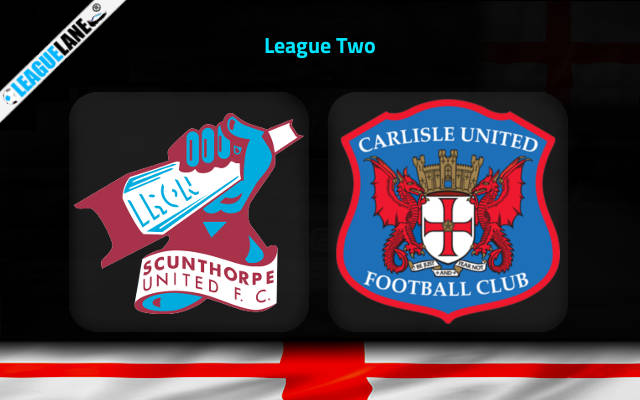 Both the teams are at the bottom half in the third last and fourth last spot in the league. Scunthorpe is at the brink of falling into the relegation zone while Carlisle is just above them with 3 losses from the past 5 games. A win is needed by both teams as they share the same points meanwhile the end of the upcoming fixture will definitely put one in the red zone. The match is set at Sands Venue Stadium on 1st of January.

Scunthorpe is at the 22nd spot on the standing with only 19 points. They won only thrice in the league while drawing on 10 and losing on 9 other occasions. From the 22 games played, they have scored only 19 in total while conceding 37, which is happens to be the second worst conceding number in the league.

The hosts bagged a sum of 6 while conceding a total of 4 from the previous 5 league fixtures. Their 4 consecutive ties finally came to an end with a win over the rock bottomed Oldham by 3-1.

Carlisle resides just above the hosts at the 21st position on the table with a mere 19 points. Of the 21 matches played, they won on 4 games while drawing on 7 and losing on 10 other occasions. Their total goals to conceding ratio is 15:29 which shows that their poor attacking front, as the netting quantity is the lowest the league.

The visitors have conceded 5 goals while netting in a total of only 4 from the previous 5 league schedules. After a 0-1 loss over Mansfield, they finally won against Stevenage by 2-0 in the latest league fixture.

Previous matches between the two has averaged 2.13 goals while BTTS has happened 50% of the time. A narrow win for guests is expected as they have at least won 2 games from the last 5 fixtures and has a better away performance than the hosts’ home record.