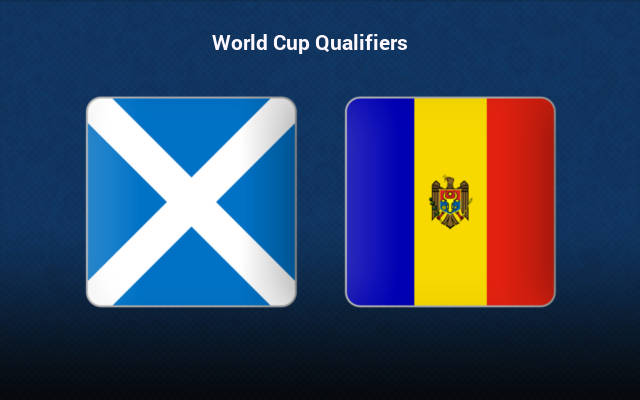 Scotland thrown a lifeline in the shape of Moldova to keep their World Cup hopes alive.

Scotland was sent reeling after two goals in 93 seconds by Denmark, putting them 4th in the group. However, they have a real chance to close that gap on Saturday after being matched up with the teetering Moldova side who are without a win this edition of the World Cup Qualifiers.

Moldova is having a really tough time holding its own against quality European competition. They have lost 8 out of their last 10 matches and drew the other 2. This will be their best opportunity to register a win.

Moldova have been seriously lacking in defence which shows clearly in the 16 goals they’ve conceded in the last 5 matches.

Scotland will look to dominate the possession and play the game at their pace and tire out the Moldovans who aren’t used to the pace of European football.

Scotland vs Moldova Head To Head

Scotland will dominate the ball and give very few touches to Moldova. They will be looking to score a few to improve their goal difference tally.

Moldova despite being the clear underdogs have a good chance of getting on the the score sheet. One goal is definitely in the horizon for them.

Scotland has an excellent home record with 135 wins, 63 draws and 62 losses. They also have 6 wins in the last 9 matches. They will be giving the Glasgow crowd a reason to cheer with an easy win.

The predicted scoreline is 3-1