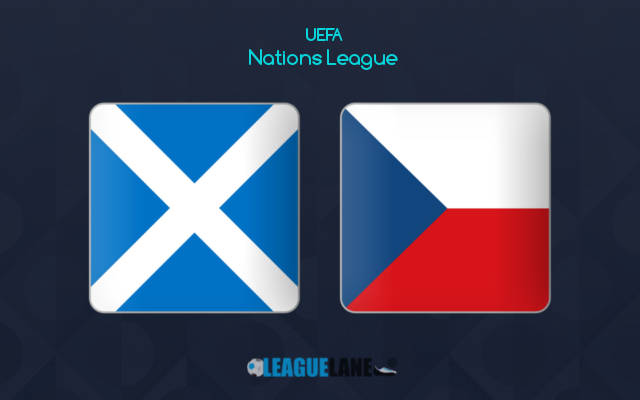 Israel and Slovakia have effectively taken themselves out of the race for the top-most spot, which would provide a ticket to League A. As of now, the battle is solely between Steve Clarke’s men and the Locomotives.

Considering that these two are taking on each other at the Hampden Park this Wednesday, the fixture is practically a decider – especially with either of these two teams being separated by a single point.

As such, we could surely anticipate a fierce clash, and both teams would be willing to battle it out till the very end.

Considering the form of both squads, their desperation, and the reverse fixture (a three-goal thriller, with both teams finding the back of the net) – anticipate another high-scoring match this Wednesday.

Andrew Robertson and his boys had recorded a 1-0 win at home the last match-day, against Slovakia. In a tightly contested match, the hosts slotted in the winner after a goalless first half.

In the meantime, the Locomotives registered a 1-2 win on the road the past game week, against Israel. The guests had scored both of their goals at the beginning of each of the halves, and though the home team returned one in the 56th minute – they were not able to find one more.

As things stand, both teams are in good form. Clarke’s men had won six of their previous seven overall games, and are unbeaten in the past 12-month period.

At home, the last they lost was back in September of 2019, and since then they have been on a winning streak in such fixtures – barring one single game.

On the other hand, their opposite number had won three of their former four overall match-ups, and had scored two or more goals in nine of their preceding twelve games.

On the road, they have been on a winning run all through 2020, and have scored two or more goals in every single one of these fixtures as well.

And finally, previous h2h clashes have also been high-scoring games.

Taking into account all these factors, expect both teams to score goals this Wednesday – especially with promotion to League A on the line.