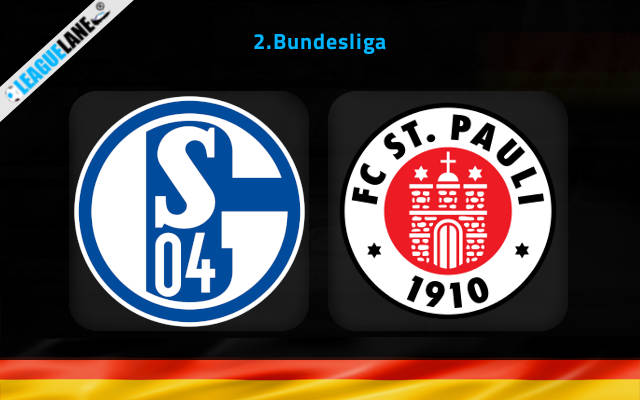 Schalke has been on high roll in their matches recently. Their strong form has made them one of the top teams of 2. Bundesliga. They are the first team on the league table with 59 points to their name. However, they need to secure wins in the upcoming matches if they wish to retain their position until the end of the season and move to Bundesliga.

Schalke played their last match against Sandhausen. In the match, all the goals were scored within the last twenty minutes. Sandhausen scored the equalizer in the 83’ minute. However, Schalke scored their third goal in the 90’ minute, taking back the lead. The match ended with 1-2 FT score.

St. Pauli has experienced some trouble with their form in the recent matches. They are winless in the last five matches which have affected their standing, moving them down the table. From the last ten matches, the team has got three wins, four draws and three losses. Currently, the team stands fifth on the league table with 54 points from their matches.

St. Pauli played their last match against Nurnberg. Both teams scored one goal each, ending the match in a draw with 1-1 FT score.

St. Pauli hiccup in the recent matches will be a disadvantage for the team in the upcoming matches. With Schalke on top form, the visitors will have a tough time in the match.

Schalke has the advantage of playing in their home ground, where the team has played well. They have secured six wins from the last ten home matches. St. Pauli’s away matches have not produced the results the team had hoped for. They are winless in the last four matches and have scored under 1.5 goals in the matches as well.

We can expect the match to end in a win for Schalke with both teams scoring in the match. Schalke has scored under 1.5 goals in the recent matches and may continue similarly in this match as well.