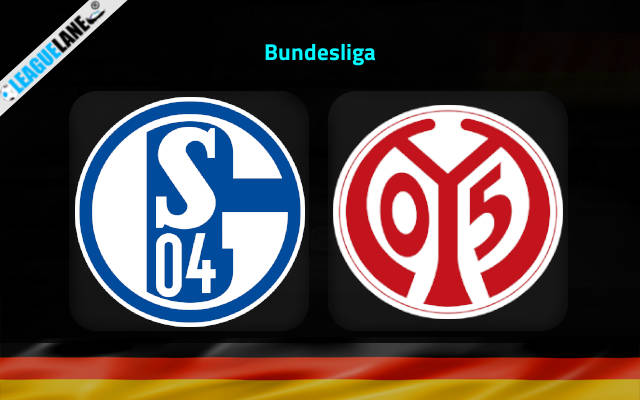 Schalke are the absolute worst team in the German top flight this time around, and they frankly are a major contender to get relegated at the end of the campaign. Meanwhile, Mainz are placed in the mid-table as of now, and they will be eager to make full use of this upcoming easy encounter.

They have been one of the best teams on the road in the Bundesliga this season. In fact, of their total three losses away from home, two came against Bayern Munich and Freiburg, who are placed first and second in the table.

And as things stand, they need a surplus of just four points to climb level with the sixth-placed squad. It helps their case that the sixth-placed Leipzig have a tough fixture this match-day, and so do the ninth-placed Hoffenheim, who are placed just above Mainz.

Meanwhile, Schalke are placed 18th in a table of 18, and they need double the number of points they have now to at least climb over the relegation cut-off.

They have a single win to their name so far, and they are the only squad to have lost the last five league games in a row. They also have a 100% winless record barring a single victory, and disregarding three draws, they have a perfect losing record as well.

By the looks of things, expect a win for Mainz this Wednesday at the Veltins Arena.

Schalke are on a long losing record the past two months, and all along they let in goals in huge numbers. In fact, only the 17th placed Bochum conceded more goals than them.

Do also note that their sole win this season in the Bundesliga had come against the struggling Bochum.

On the other hand, Mainz are on a much better run, and barring their clash against Bayern Munich, they are on a winning streak on the road.

They also managed to find the back of the net in plenty during this stretch.

As things stand, it is expected that we are about to expect a win for Mainz this Wednesday at the Veltins.

Tips for Schalke vs Mainz