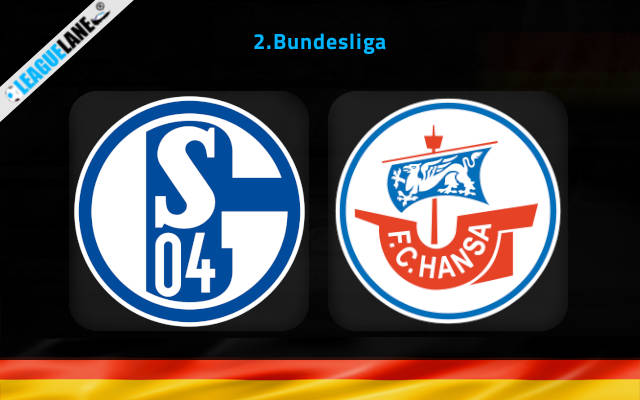 Schalke are a team that were recently demoted from the top flight, and this extra experience of them has really come to their aid this season in the second division.

They are placed fifth in the table at the moment, and need a surplus of just four points to climb to the first position – which would enable them to make a comeback to the Bundesliga.

On top of that, they have been a poor performer on the road, and have a worrying h2h record against this rival as well.

By all means, expect Schalke to have the upper hand this weekend.

They have also lost just twice at home in the past nine-month period, and one of these losses had come against the second-placed Darmstadt.

On the other hand, Rostock were winless in 12 of their past 13 overall fixtures, and they have managed to post just three wins on the road since July of 2021.

And finally, they also have a poor h2h record against this foe.

For these reasons, expect a win for Schalke this weekend.

Tips for Schalke vs Hansa Rostock