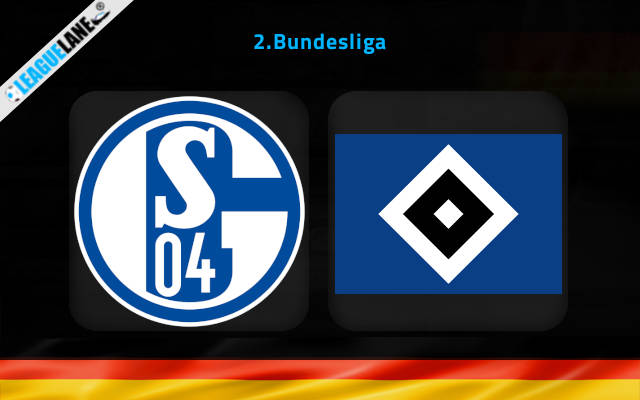 The 2021/22 season of 2.Bundesliga kick-off on Friday with the traditional heavyweights Schalke and Hamburger lock horns hoping for a positive start to propel momentum for promotion.

Schalke finished 18th in Bundesliga, their worst finish in terms of points accumulated as well as number of goals scored. The 25 goals scored by the Royal Blues last term is one of the lowest in Bundesliga history.

The Hamburger were relegated to the second tier at the end of 2017/18 season, and they look good for promotion in all three seasons.

They missed promotion by 1-point in both 2018/19 and 2019/20, while they finished 4th last season after bossing inside the top three until last three games of the campaign.

Each of the previous campaigns saw many managerial changes at the Rothosen and this time they start with an inexperienced name in Tim Walter. Walter, previously had unsuccessful stints at Holstein Kiel and Stuttgart

Schalke has trust in Dimitrios Grammozis

Since starting the season with David Wagner and then Christian Gross, Dimitrios Grammozis was bought in to finish the season where he was in charge for 11 games and ended up winning just 2 of 11 with a goal-difference of -16.

The German-born Greek manager is given the duty of rebuilding the squad and we saw several new names arriving at summer, the prominent of which is return of Ozan Kabak from Liverpool and Simon Terodde on a free transfer.

However, Dutch youngster Thomas Ouwejan is the most exciting talent to watch, the AZ Alkmaar youth product made some good starts in the pre-season friendlies.

Danny Latza is another top signing, the 31 year old made the switch from Mainz to where he started his career and is named as captain for the new season.

Meanwhile, the latest capture of Dominick Drexler adds much needed creativity and experience in the middle of the park.

The Royal Blues look good value as hot promotion contenders for the 2021/21 campaign, but Dimitrios Grammozis must get the job done on the football field.

Both teams had a good pre-season, in particular Schalke as they played 5 games and remained unbeaten. They went on to finish the preparations with a 3-2 win over Vitesse before holding Zenit Saint Petersburg and Shakhtar Donetsk to goal-less draws.

HSV on the other hand enjoyed better success as they won 3 of the 4 friendlies, including morale boosting 1-0 wins against Basel and Silkeborg before holding Bundesliga side Augsburg to a 2-2 draw.

Schalke have big problems ahead of the season opener with goal-keeper Ralf Fahrmann testing positive for covid-19. Michael Langer will deputize on Friday, with back-up options on bench far and few.

Simon Terodde in focus against his former club

There are few players with a consistent goal-scoring record in 2.Bundesliga and none can better the record of Simon Terodde. He topped the scoring charts in the division in 2015–16, 2016–17 and 2018–19.

Last season, he was wearing the colors of HSV and a major source of goals and netted 24 time. And 2020/21 season is the fourth in his career where he netted 20+ goals in a single season.

Schalke signed him on a free transfer on summer and he is already impressed by scoring twice against Vitesse. The 33-year old is a guaranteed starter on Friday and our analysts’ favourite to score anytime against his former club.

Having impressed in pre-season friendlies, both teams want to open the season with a victory and therefore we can expect an end-to-end action-packed football match on Friday.

Their head-to-head have a history of producing high scoring games, so do a majority of 2.Bundesliga games over the course of last two season. Therefore, the BTTS and Over 2.5 goals combo is my first pick.

At the same time, Schalke have the home advantage and a solid h2h record at this stadium against HSV. Also, away wins are rare in their h2h matchups.

Considering all factors and since this is the first match of the season, I will go with the draw no bet on the home side. Meantime, my high-risk option for small stakes of the correct full-time score of 2-1 in favour of the Royal Blues.