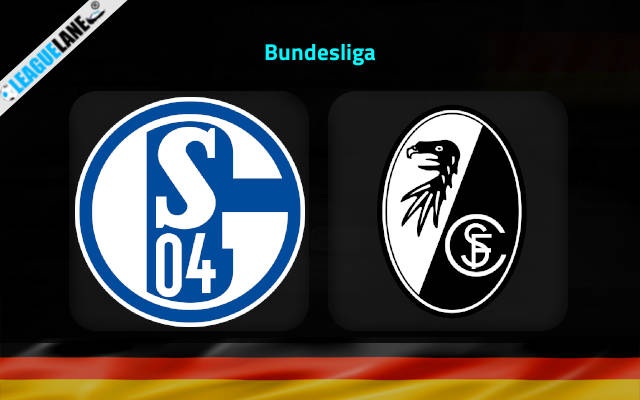 Schalke are the absolute worst team in the German top flight this season, and they are an early contender to get relegated at the end of the campaign. Meanwhile, Freiburg are counted amongst one of the best, and they are currently placed third in the table.

They have been in superb form right from the start of the season – so much so that they lost just twice all through the tournament, and the two losses came against Bayern Munich, and Borussia Dortmund.

As of now they are trailing just two points below the toppers. Moreover, the fourth-placed Eintracht Frankfurt are pitted against the fifth-placed Borussia Dortmund next, and at least one of the two will drop points.

This is a great opportunity for the team to consolidate their position in the podium.

Meanwhile, Schalke are placed 18th in a table of 18, and they are the only team in the entire league to have lost all of their past five games.

Note that they scored the least number of goals of all the teams in the competition, and only one other team let in more goals than them.

Going on, they also fared quite poorly in past h2h clashes over the years, and taking into account all these observations, expect a win for Freiburg this Sunday in style.

Not only do Freiburg have a 100% winless record barring a single victory, but this sole win came against the 17th placed Bochum.

The team is on a losing streak since mid-September, and even in front of their home crowd they let in goals in huge numbers.

On the other hand, Freiburg have been on a dominant run since the start of the season – with only titans Bayern and Dortmund proving to be any kind of a hinderance. Moreover, they have a phenomenal h2h record against this foe over the years too.

By the looks of things, expect a win for Freiburg this Sunday.

Tips for Schalke vs Freiburg