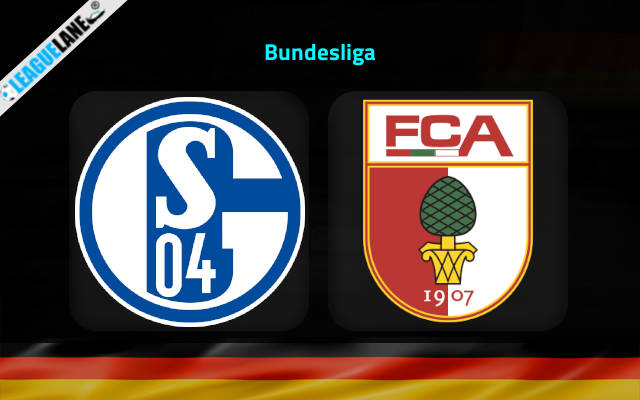 Schalke comes up against visiting side Augsburg at Veltins Arena in this Bundesliga fixture on Sunday.

Things are finally heating up for Augsburg after a slow start in the league this season. They won against the reigning champions Bayern in the previous round by scoring an unanswered goal.

This might boost them with spirits to maintain the same further in the league. They are currently on a 2-fixture winning streak in the league and it deserves to be mentioned that their defensive steel have improved of late.

Meanwhile, Schalke have returned back to the top flight after delivering an exceptional performance in the past 2. Bundesliga season.

They earned the top flight promotion by claiming the second division title. However, they had a gloomy start to this season. It took six games for them to seal their maiden win in this season.

However, the offensive side of Schalke have been slotting in goals consistently of late. We can see them scoring at least once in most of their fixtures this season. But their defensive side is disappointing and they allowed a total of 9 goals in the previous 5 fixtures.

By the looks of things, we expect a both teams involving affair at Veltins Arena on Sunday.

The recent home form of Schalke looks decent. Their lone defeat at home came against Union Berlin who sit at the top of the table currently. Do also note that they had scored a total of 6 goals in their 3 home outing so far this season.

On top of that they rather have a superior head to head form against this opponent for the past decade. Thus, we expect a victory for the hosts Schalke on Sunday.