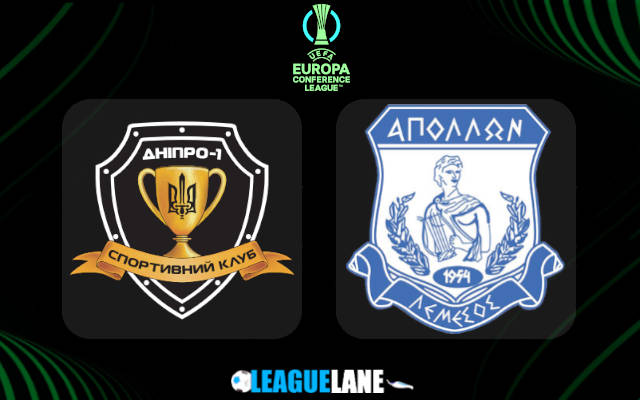 Dnipro did lose their opener in the competition. But ever since they performed well, and as of now they are placed second in the table. They are at home this Thursday, and will be expected to win against Apollon, who have managed a single win till now.

Limassol scored the least number of goals so far in the group, and only the dead-last placed squad conceded more than them. Moreover, they started their campaign on a three-game winless run (of which two were losses), and all along they let goals in huge numbers.

Moreover, they also lost the reverse fixture against this opponent, and that too at home. They let in three goals on that fateful day.

Meanwhile, Dnipro are on a long stretch of unbeaten fixtures, and their offense really has been on fire. They scored two or more goals in most of their matches lately, and only twice have they lost at this ground in the past 13 months.

They currently are trailing just two points below toppers AZ Alkmaar, and with two match-days remaining, they still have the opportunity to go for the top-most spot.

Moreover, they could guarantee themselves a spot in the next round of the competition, as they already have a lead of three points over the third-placed Apollon – against whom are they pitted this Thursday.

Expect Dnipro to make the most of this match-up, and post three points on the board.

Dnipro have been in such great form that they lost just thrice in the past 13 months, and all these losses came against titans in European competitions.

Particularly at home they have been on a long stretch of dominance, and they also have the added confidence of beating this same opponent on the road in the early phase of the group stage.

On the other hand, Apollon seldom recorded wins in the past two months, and they managed to win just three times away from home since February.

Surely expect Dnipro to have the upper hand this Thursday.