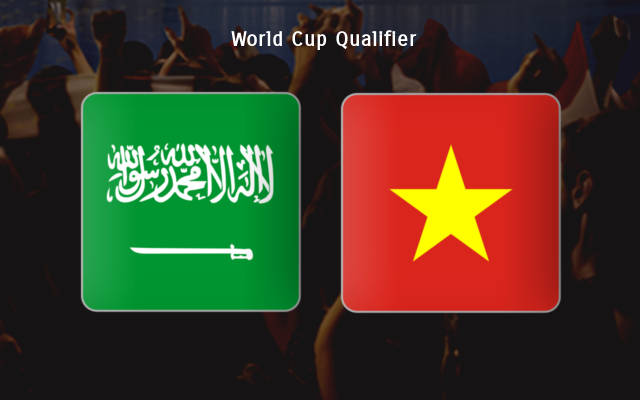 Saudi Arabia have a 100% winning record in h2h clashes against Vietnam, and have scored in unbelievable numbers in the process. The former also had a superb qualification campaign in the second round, and are determined to make it to the World Cup. Surely expect Saudi to have the edge this Thursday.

They were the toppers of Group D, and had gone unbeaten all through their run. In fact, barring two draws, they had a 100% winning record.

Going on, they had a combined scorecard of 22-4 in the process, scoring the most in the group as well as conceding the least. And one important thing to be noted was that they had kept clean sheets in every single one of their home appearances.

In the meantime, Vietnam had to settle for a second-place finish in Group G, and they were winless in three of their total eight fixtures. Do also note that they had scored a total of just 13 goals through all these games.

By the looks of things, expect a win for Saudi Arabia at the MRSOOL Park.

Saudi are on a five-game winning streak, and they have a combined scorecard of 15-0 in the process. They have also lost just once at home after 2019, and have conceded a total of just two goals in home games in the past two-year period.

On the other hand, Vietnam were winless in three of their former five overall matches, and they have a total of just three wins on the road in the past three-year period.

Going on, they are placed much lower in terms of FIFA rankings compared to their counterparts, and also have a worrying h2h record against them over the years.

Taking these observations into account, expect a huge win for Saudi this Thursday.