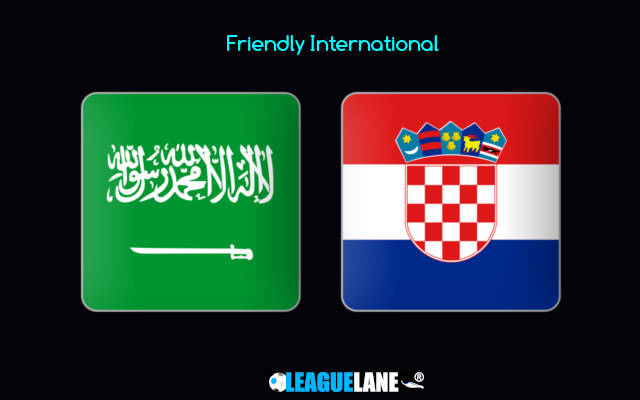 Saudi Arabia come up against Croatia at MRSOOL Park in a Friendly fixture on Wednesday. This is the only warm-up match both have been allowed before the World Cup.

Exceptional performance in the last World Cup took Croatia to the finals. They showed a surge that defied the expectations on them throughout the season despite losing to France in the final.

But it is possible to say that they are still in a good form as they were back then if you look at their previous recordings. They are on the back of a set of victories which were against teams like France and Denmark.

It must be said that Saudi Arabia has no potential to beat this Croatia although they are unbeaten in the last few games. There have been no teams with heavy competitive potential in the previous games in which they evaded a defeat.

Even in the World Cup Qualifiers, their opponents were teams like Oman, Japan, China and Australia. So even if it is a friendly fixture, Saudi will not be able to beat current Croatia.

The midfield led by Luca Modric and the attack consisting of Ivan Perisic is a strength for Croatia. Their head coach Dalic Zlatko will have high hopes on these players who are part of the frontman.

But he will have the expectations that every team will deliver a different display unlike their performances in the Nations League or other competitive outings with which Croatia played and won.

Therefore, Dalic’s aim will be to understand the fullest potential of his side in the Saudi Arabia friendly.

Although this game does not have the same competitive atmosphere like that of their coming fixture against Argentina, we can expect a defeat for Saudi Arabia on Wednesday when they meet this Croatian side.