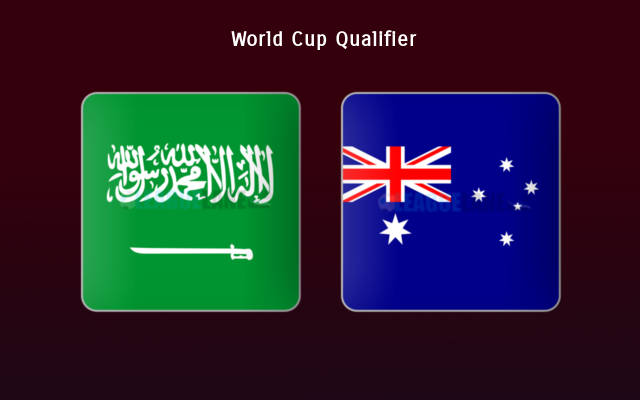 Saudi Arabia are have gained the much needed momentum from their 9 Qualification fixtures so far. They are unbeaten in 8 of the total 9 matches and possess the highest unbeaten ratio of the Group B table. Saudi Arabia will be facing China before entering the match-up with Australia at home.

However, they have recorded their first defeat of this season’s Qualification fixture in the previous match against Japan away from home. They will be hoping to better themselves from that defeat by sealing three points from the next fixture to secure their spot back at the top of the table, which is currently acquired by Japan after that win.

On the other side, Australia sits third on the table, inside the promotion to the Fourth stage of World Cup qualification. They possess the best offensive lineup of the Group B.

They also faced Japan in their most recent qualification fixture like Saudi Arabia. Similarly, they too ended up with conceding two goals as like Saudi. When looking at their past 6 fixtures, we can see them only winning once. Facing a team like Saudi Arabia, such a form is not positive.

Except the strong head to head stats possessed by Australia, we have no other displays from them in recent which outperforms the current impressive run of Saudi Arabia.

Saudi have won 7 of the past 8 home fixtures. Following such a set of recordings, they will be having highest of spirits. On the other side, Australia are on the back of three consecutive winless fixtures on road.

Considering the current form of both these outfits, we are left to back Saudi Arabia to record a positive display at King Abdullah Sports City on Tuesday.