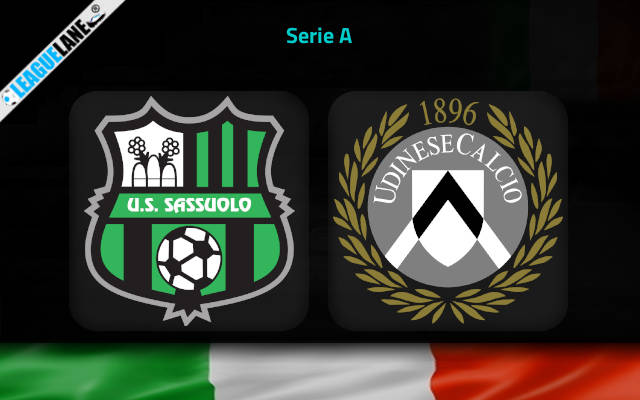 Sassuolo are going through an absolutely worrying stretch at the moment. They have lost most of their recent fixtures, and have let goals in huge numbers. And despite the best of their efforts, they have been unable to get back into their groove.

They are placed in the mid table as of now and with just three fixtures remaining, they have mathematically eliminated a possibility of making it to Europe the next season.

However, it needs to be mentioned that they have been on a good stretch of results at home, which has been completely contrasting to their overall form.

With this being one of their last appearances at this stadium this season, the team will be motivated to present their fans a good win.

In the meantime, Udinese have been struggling to find consistency. They have dropped a lot of points in the last several weeks, and they have conceded goals in huge numbers as well.

And it also needs to be mentioned that they have been struggling on the road almost for the entirety of this campaign.

Moreover, majority of recent head-to-head clashes have had goals in huge numbers.

Considering these observations expect another high scoring affair this weekend between the two teams.

Sassuolo lost 6-1 on the road the last matchday against Napoli, and they had also lost four of their past five overall fixtures.

On the other hand, Udinese lost 1-2 at home the past game week against Inter Milan. Note that they had also lost three of their previous four overall fixtures, and they have won just twice on the road since mid-December. And all through this stretch they have let in goals in plenty.

Taking into account these observations expect a goal fest between the two squads.

Tips for Sassuolo vs Udinese