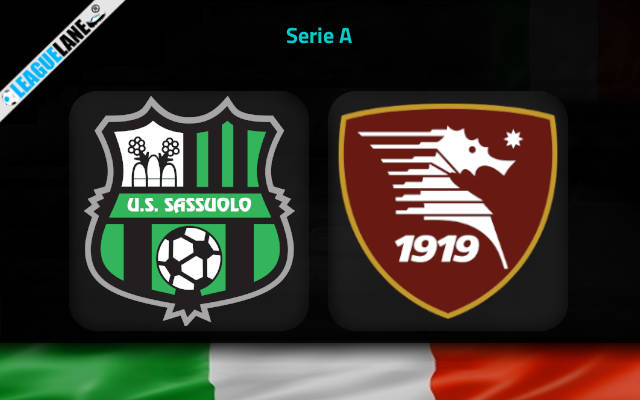 Although their rivals had an easier fixture on paper in the previous round, Sassuolo jumped above Salernitana in the Serie A standings with a 0-1 win over Torino before the international break.

The two outfits are now set to lock horns in Gameweek 8 as I Neroverdi are hoping to back up the mentioned victory and keep climbing towards the top half of the ladder.

It was the substitute Agustin Alvarez who scored the only goal in the clash against Torino in the third minute of added time after spending just six minutes on the pitch in Turin.

Head coach Alessio Dionisi can, however, still be worried regarding his team’s offensive output because Sassuolo only scored five goals in the opening seven games of the season.

I Neroverdi have a win, a draw, and a defeat each in three home outings so far in the season. They fell 1-3 to Udinese in the previous home match.

Salernitana, on the other side, made it four consecutive outings without a win two weeks ago when they suffered a surprising 1-2 defeat to Lecce in Salerno.

It was the third successive game in which Davide Nicola’s troops allowed at least two goals, following the 2-2 stalemates against Empoli and Juventus.

Salernitana play attacking-minded football under Davide Nicola this season. Indeed, Nicola has a very exciting group of players in his ranks and it is easy to understand why majority of Salernitana’s recent games produced goal fests.

The Over 2.5 goals FT & Both Teams To Score will thus be our main betting option at the 1.95 odds, while we also like Salernitana not to lose at the 1.80 odds knowing they have suffered just two defeats since the beginning of the season.