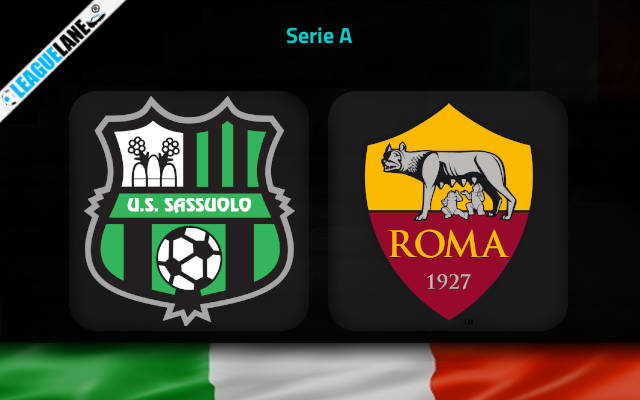 Roma will be hoping to bounce back from the weekend’s 0-1 defeat to fierce local enemies Lazio on Wednesday evening when they travel to Reggio nell’Emilia to take on Sassuolo in Gameweek No 14.

Jose Mourinho’s squad did not create much at all in the final third in the clash against Lazio. The Special One does have big problems with the list of sidelined players as he can’t count on the services of the likes of Paulo Dybala, Leonardo Spinazzola, and Georginio Wijnaldum among others.

However, you’d still expect the players like Lorenzo Pellegrini, Nicolo Zaniolo, Tammy Abraham, and Andrea Bellotti to have what it takes to propel the team’s offensive line.

Roma had been on a three-win thread across competitions before the mentioned loss. They are still only two points shy of fourth-placed Atalanta and they will be highly motivated to pull off a result here against the struggling Sassuolo side.

I Neroverdi are 13th in the league table, sitting 10 points below Roma after 13 rounds. They will come into this tie in low spirits after losing four of the last five Serie A outings.

The latest defeat for Alessio Dionisi’s men came on Saturday afternoon when they fell 1-0 away at Empoli. It was the second straight league match in which Sassuolo failed to find the back of the net.

Roma boast one of the best defensive records in the league this season, having allowed just 12 goals in the opening 13 games of the campaign.

They are now up against Sassuolo who have failed to do much in the final third in a disappointing loss at Empoli four days ago. We will take Roma to win & Under 2.5 goals FT bet at the 5.50 odds.