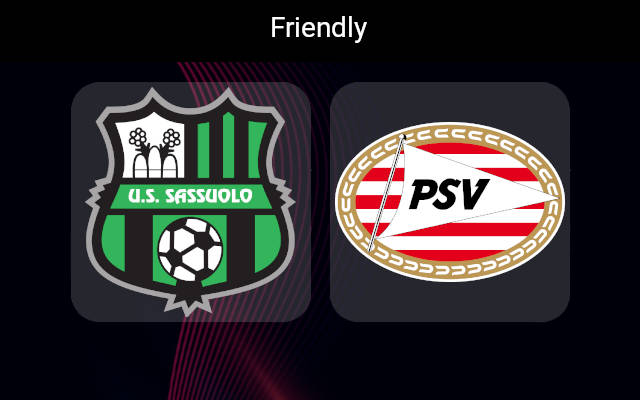 Both teams are still in the early stages of the preparations period as the season in their respective leagues will not be continued before next year.

Sassuolo will play their next official game on January 4th against Sampdoria. They have two more friendlies on schedule before the Serie A restart, including the clash against Inter Milan in twelve days.

Sassuolo were in action six days ago when they dispatched French Ligue 1 side Marseille 3-2. Domenico Berardi, Andrea Pinamonti, and Kristian Thorstvedt were on the scoresheet on the occasion.

Sassuolo need to boost up their confidence after a negative run of three losses and a draw in the previous four Serie A games. They fell to 15th place in the domestic league standings as a consequence.

PSV are third in the Eredivisie ladder after 14 rounds but they are only three points shy of the leaders Feyenoord, meaning it’s still anyone’s game for the title in the elite tier of Dutch football.

Ruud van Nistelrooy’s troops were also in action last weekend when they bagged four goals past Polish Ekstraklasa outfit Rakow in a friendly.

If we count both competitive and non-competitive games, we’ve seen at least three goals in four of PSV’s previous five matches.

Could we see another goal fest when they come face to face with the attacking-minded Sassuolo and their leaky back line?

Interestingly, PSV Eindhoven come into this tie as the favorites according to the bookmakers. We will try and take advantage of these odds and back Sassuolo who are very much capable of beating them with a strong offensive unit led by Domenico Berardi.

We’ll take Sassuolo to win & Over 2.5 goals FT pick at the 3.40 odds. The braver tipsters can shoot for the big correct score longshot and chase Sassuolo’s 3-2 victory at the 21.00 odds.