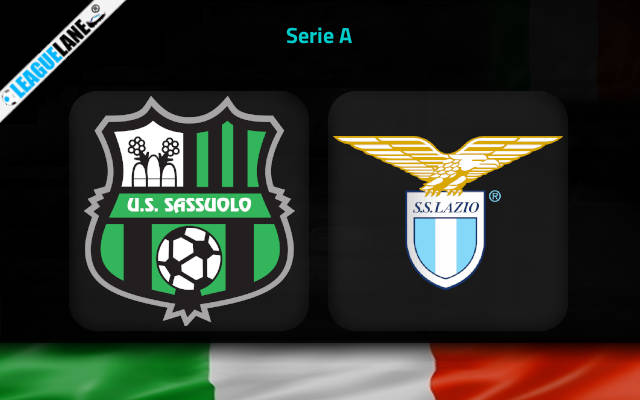 We have two of the most attacking-minded teams in the league going face to face here. Each of the last ten matches Sassuolo played saw goals scored at both ends. On the other side, seven of Lazio’s last eight affairs in all competitions produced three or more goals. When you add the recent head to head tradition to the mix, you can an easy betting option here.

Lazio finally ended a three-game winless run last weekend when they dispatched Sampdoria 1-3 on the road. Maurizio Sarri’s men finished the job in the first half of the affair at Stadio Comunale Luigi Ferraris.

The competition’s joint-top scorer Ciro Immobile notched a brace on the occasion to take his league tally to 13.

Lazio still have a mountain to climb before joining the battle for European positions. They are currently 8th in the league table with only 7 wins in 16 matches so far in the season.

The Biancocelesti are now set to travel to MAPEI Stadium – Citta del Tricolore to battle attacking-minded Sassuolo in what should be a goal fest by all parameters.

Sassuolo will come into this off the back of a 2-2 draw at Spezia. They were a much better team on the pitch on the occasion, but eventually had to rescue a point thanks to two late second-half goals form substitute Giacomo Raspadori.

They are now unbeaten in four straight league outings, three of which ended in stalemates.

Tips for Sassuolo vs Lazio