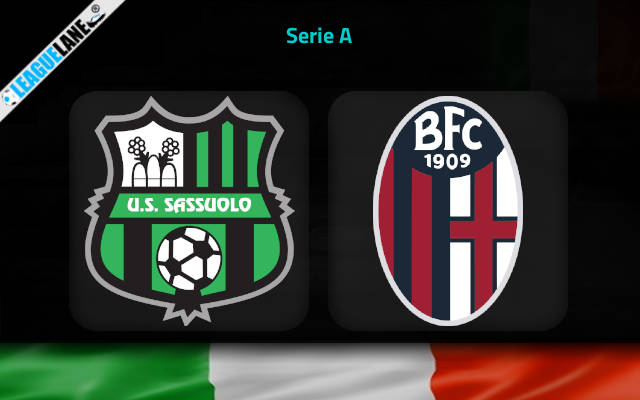 Following a 12th place finish in the Serie A last season, Bologna has stuck to a similar position this time around. The club has not been on the winning side of things recently.

Sassuolo’s top half finish last season was followed by a disappointing start to the campaign. Things have been getting better for the side as they are just ahead of their opponents for midweek leading into the fixture.

Neroverdi managed to pick up just a win in their first 8 league fixtures. The club has further gone on to register 4 wins and 4 draws since. The club has managed to put 9 points on the board in the last 5 fixtures and currently occupy the 11th position in Serie A. Impressively 4 of their last 5 matches have come against former Italian league title winners.

Rossoblù have won 7 league games and have managed 3 draws additionally this season. Losing 6 of their last 10 league games the club has fallen to 12th position in Serie A.

There is not much to separate between the sides throughout the course of the season. However, the hosts along with the home advantage will head into the contest undefeated in 6 league fixtures with a few convincing results against stronger teams among them. Furthermore, the visitors have struggled as they are on a 3 match losing streak.

With all things considered, I have backed the home side to seal all 3 points in the fixture.

Both teams have not had the most stable of defenses while managing to score a considerable amount of goals as well. To add to it their h2h record shows a similar trend. Consequently, both teams are likely to contribute to a score line of 3 or more goals.