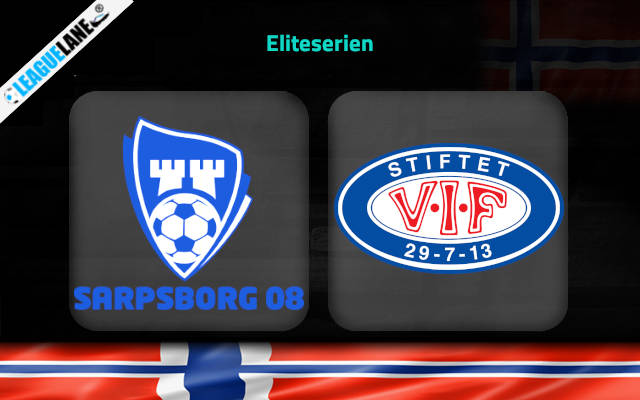 Round 14 of Eliteserien is set for this weekend as Sarpsborg play host to Valerenga where both these sides differ by 5 points but are separated by 3 places. These two teams will be seen clashing at Sarpsborg Stadio, this Sunday.

Sarpsborg is at the 8th spot on the standing with 19 points from 13 games. They won and lost 6 times each in the league while having drawn on one other occasion. The host have the best attacking front this season, netting 29 goals in total while their defense is not that great as they have conceded 22 overall.

The hosts will be hoping for a better result after the 1-4 Eliteserien loss in their previous game against Bodo/Glimt. They have been so strong in attack recently, smashing 18 goals past the opposition over the course of their previous 6 fixtures.

On the other side, Valerenga resides at the 12th position on the table with 14 points. Of the 13 matches played, they won 4 times in the league while having drawn twice and have lost on 7 other occasions. Things have not been going that well in front of goal for them recently, with the side failing to score in 3 of the last 6 games

Valerenga will go into the clash following a 3-0 league win against Kristiansund in their previous game. The visitors has not able to net 5 games this season and that accounts to 38% of the games where they have not been able to find crucial goals.

Coming into this meeting, Sarpsborg won the previous 2 home league matches in a row bagging 9 goals in total. They have scored 17 goals in the last five games which indicates that they could score here as well.

We therefore feel that a home win with Over 2.5 goals can be seen happening this Sunday.