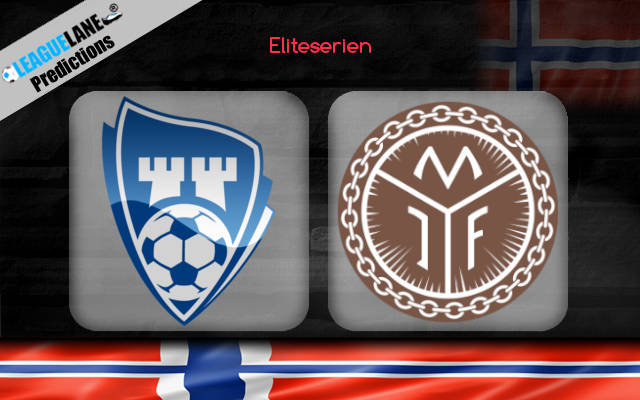 Sarpsborg is close to the relegation zone on the Eliteserien table 2021. They have a game in hand which is why a win at Sarpsborg Stadion on Monday when they host Mjondalen might give them a chance to move further up on the table.

Considering their current form in the campaign, it wouldn’t be a hefty task. The host has picked up 13 points from 12 attempts so far this season. They are on a two-game winless streak, following a 2-2 draw at home with Bodo/Glimt in the last league clash.

Mjondalen rests right behind the host with a two-point deficit with one game played lesser than the host in Eliteserien. The away team has dropped points four times in the last five fixtures, including a 1-1 draw on the road with Brann last time out in the schedule.

The fixture is likely to favor the home team having an upper hand in both the league position this term and in the ground advantage. Sarpsborg has lost two of their recent five home matches in the league.

Mjondalen had just one win in their last ten outings in the schedule. They will visit on the back of a poor form on the road consisting of five winless games with two draws in it.

Hence, the home team has an edge over the traveling side in the encounter. However, the host is not in their prime form at this stage. So, the draw no bet over Sarpsborg will probably be the best bet.