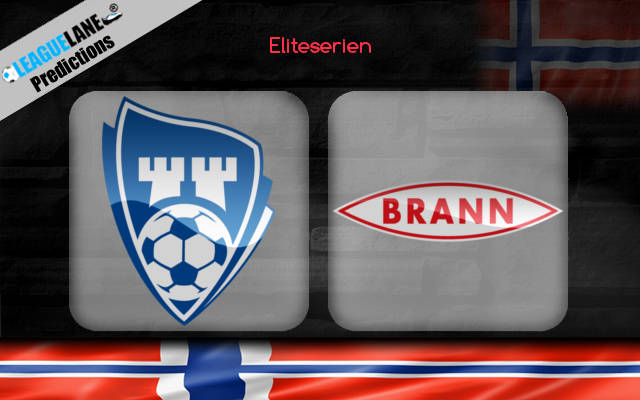 Brann are the worst team in the competition at the moment, and are placed dead last in the table. Meanwhile, Sarpsborg are going through a dismal run, and have a poor h2h record against this foe. Likely, expect goals to come in plenty between these two struggling squads.

As of now, Brann have lost six of their total seven matches in the league, and have conceded the most number of goals. Especially on the road, their performances have been worrying for quite some time.

Meanwhile, Sarpsborg had narrowly avoided relegation the last season, and so far in the 2021 campaign, they have recorded a total of one win. Note that the sole victory had come against the newly-promoted Tromso.

By the looks of things, expect a goal-fest this Sunday as these two weak teams take the pitch.

Sarpsborg were winless in 17 of their preceding 19 overall games, and they have won just once at home since the first week of October 2020.

On the other hand, their counterparts had lost six of their last eight overall fixtures, and had conceded two or more goals in nine of their past twelve games. Moreover, they have also won just twice on the road since August of 2020, and one of those had come in a friendly.

Taking into account these observations, expect a high-scoring affair this weekend at the Sarpsborg Stadion.