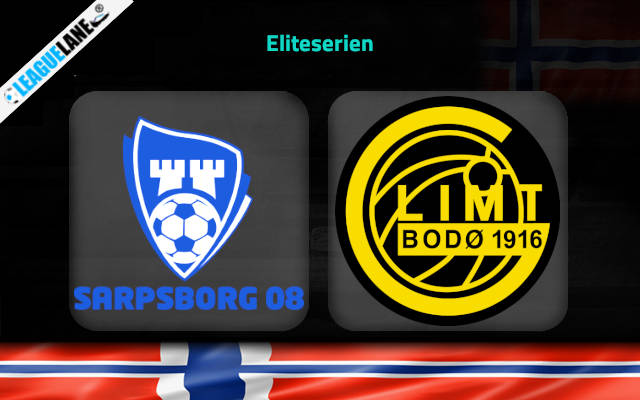 They are on a long losing streak and are letting in goals in huge numbers. They are also finding it hard to consistently find the back of the net and it needs to be mentioned that they are the only team in the tournament to have lost all fixtures in the past 5 match-days.

Meanwhile, Glimt have scored the most number of goals in the tournament and only 2 other teams have let in fewer goals than them.

Going on they also have a superb head-to-head record against this rival over the years and taking into account all these observations, it is expected that we are about to witness a victory for Bodo.

Sarpsborg are on a 5-game losing streak and they had also lost 11 of their previous 15 fixtures. Do also note that they had let in 2 or more goals in 9of their past 13 overall matches.

Moreover, they were winless in 8 of their past 11 appearances in front of their home crowd and in the process they had gone on separate 2-game as well as 3-fixture losing streaks.

On the other hand, Glimt are on a 6-game unbeaten run and 5 of these were wins. In the process they had also scored a total of 28 goals. In addition, they have a dominant head-to-head record against this rival over the years.

Taking into account these observations expect a victory for Glimt this weekend.

Tips for Sarpsborg vs Bodo/Glimt