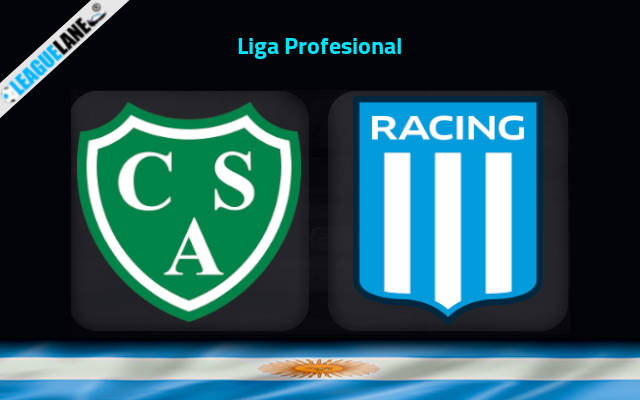 Sarmiento have not had a great season so far, but it deserves mentioning that they have been on a phenomenal run at home since the start of the campaign. They had scored 3 goals in their latest appearance at this venue and they will be eager to keep this momentum going on.

They are also under pressure to do as such, since they have been a total mess in their road games.

Meanwhile, Racing Club are one of the best teams in the league and are rightfully placed 3rd in the table. But at the same time it needs to be noted that they are on a worrying run on the road. They are letting in goals in huge numbers.

By the looks of things, it is expected that goals will come from either end of the pitch this Sunday. But still, the edge goes to Racing, considering their total head-to-head domination over the years.

Sarmiento were unbeaten in 3 of their past 4 overall games, and 2 of these were wins. They had also won 4 of their past 6 appearances at home and they had scored 2 or more goals in 6 of their last 9 home fixtures.

At the same time, Racing Club are on a short losing streak on the road at the moment, and have been letting in goals in huge numbers.

For the reasons, count on Sarmiento to find the back of the net at least once this Sunday.

However, Racing Club have a superb head-to-head record against this rival over the years and disregarding their recent struggles on the road, they have been one of the best teams in the Argentine top light.

Likely, count on them to be the better team on the pitch this weekend.

Tips for Sarmiento vs Racing Club