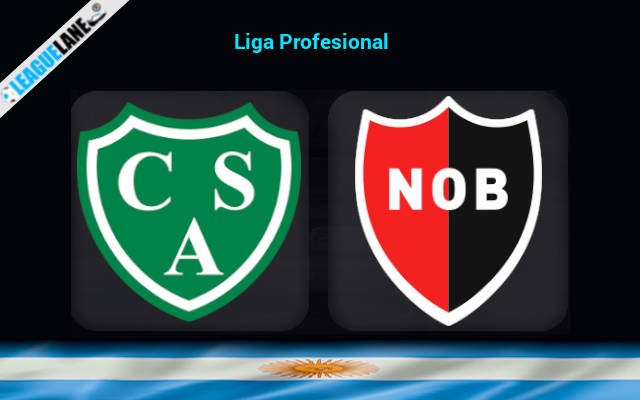 Sarmiento will enter the game in a better shape having won two of the last four Liga Profesional contests. However, Newell’s did look decent in a goalless draw to Aldosivi last week when their new manager made a debut on the bench. This will likely be a low-scoring contest which could easily see the hosts prevailing by a single-goal margin.

Sarmiento Junin and Newell’s Old Boys are set to lock horns in a low-profile bottom-half clash in the 18th round of the Argentine Liga Profesional on Monday afternoon at Estadio Eva Peron de Junin.

Neither of the two outfits will enter the game in the highest of spirits. The hosts took only one point from the last two league outings, while Newell’s are winless in five consecutive Liga Profesional matches.

Sarmiento drew 1-1 at Independiente on Thursday evening in what has been pretty much of a boring affair ever since both goals were scored (inside the opening 32 minutes).

Nevertheless, Sarmineto have shown some quality in the recent clashes against Gimnasia La Plata (a 0-1 win on the road) and Aldosivi (a 3-0 victory at home).

They are thus certainly in a better shape than Newell’s who failed to break the deadlock against struggling Aldosivi on Thursday.

It is worth noting that Newell’s made a managerial change last week as new manager Adrian Taffarel made his debut on the bench in the mentioned goalless draw against Aldosivi four days ago.