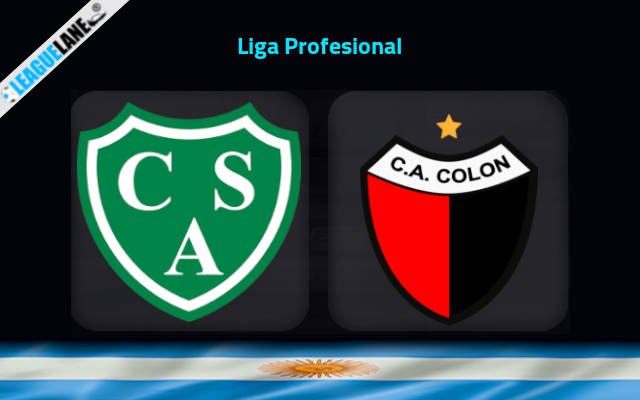 Round 10 of Argentine Liga Profesional is set for this weekend as Sarmiento play host to Colon, where both these sides lie one below the other with just a point in the difference. These two teams will be seen battling it out at Estádio Eva Peron, this Saturday.

Sarmiento is at the 15th spot on the standing with 11 points from 9 games. They won 3 times in the league while having drawn twice and lost on 4 other occasions. The hosts have seen netting frequently but they tend to concede more of the same which hints that some defensive adjustments is needed.

The hosts will be hoping to return to winning ways here following the 0-1 Superliga loss in their previous game against Atletico Tucuman. They have been stingy in defense, seeing the total number of goals that have flown into the back of their net during their last 6 matches stands at four.

On the other side, Colon resides just below at the 16th position on the table with 10 points. Of the 17 matches played, they won 2 games while having drawn 4 times and lost on 3 other occasions. Things have not been going that well in front of goal for them recently, with the side failing to score in 3 of the last 5 games.

In their previous fixture, the visitors drew 1-1 with Aldosivi. Over the course of 5 of the previous 6 clashes featuring Colon, a comparatively low number of goals have been hit between them and their opponents.

Meanwhile, Colon has never seen a win in their last 14 away games played across various competitions. They even won no away games in this competition so far, registering 2 ties and losses.

Being a home-performing side, we feel that a win for Sarmiento is up for cards this weekend.