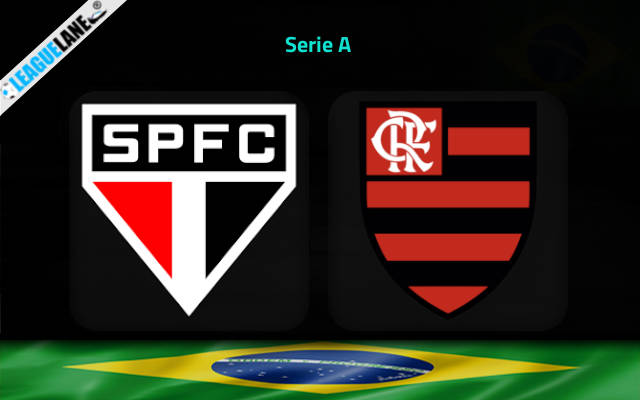 Flamengo are the reigning champions of the competition, and they seem well set to secure another podium finish at the least. Meanwhile, Sao Paulo are trailing 16 points below them despite having played two extra games.

Judging recent form, expect the title-holders to deliver another win this weekend at the Estádio do Morumbi.

Sao Paulo were held to a 1-1 draw the last match-day by Fortaleza. They are also winless in 13 of their preceding 16 overall games, and they had failed to score in two of their past four fixtures.

On the other hand, the defending champions recorded a 2-2 draw the past game week against Chapecoense, and they are also on a four-game unbeaten run.

Going on, they were unbeaten in 29 of their preceding 33 fixtures, and in the process they had even gone on an eight-match winning stretch.

Moreover, they had scored two or more goals in 21 of their former 31 fixtures, and they have lost just once on the road in the past four-month period.

Furthermore, so far they have scored the most number of goals of all the teams in the competition – a feat which they had also achieved in their title-winning 2020 campaign.

Considering these observations, expect a win for the reigning champions Flamengo this Sunday at the Estádio do Morumbi, against Sao Paulo.