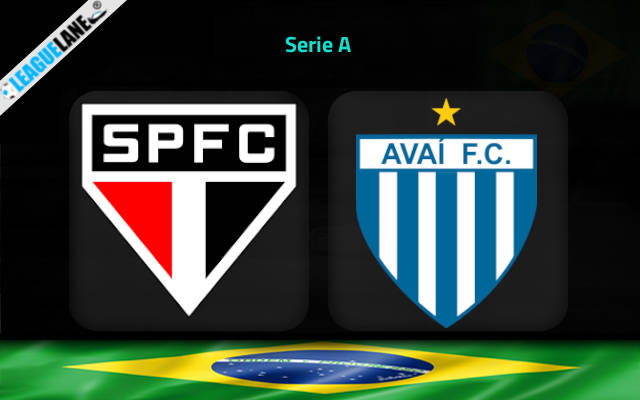 Both Sao Paulo and Avai are going through poor stretches of performances at the moment in the Brazilian top flight, and they are placed in the bottom-most tier of the table.

They struggled to register wins consistently throughout the competition and are letting in goals in huge numbers as well.

Avai are placed 17th in a table of 20, and they secured a single win from their last five games in a row. They also are one of the absolute worst teams in the competition.

In fact, they delivered a single win away from home in the league, and only one other squad has worse stats than them in road matches.

Sao Paulo also have some similar stories to share. They failed to perform even in front of their home crowd, and their defense has been a total failure in their recent games.

Moreover, majority of past h2h clashes had goals in huge numbers too.

By the looks of things, expect a goal-fest this match-day between the two teams.

Sao Paulo were winless in eight of their previous ten overall fixtures, and they even went on a four-game losing streak in the process. Note that they also managed to win just four times from their past ten appearances at home.

On the other hand, Avai were winless in 13 of their past 15 overall fixtures, and in the process they went on two separate two-match losing streaks, as well as a three-game losing run.

Going on, they have a single win to their name since November of 2021 as well.

Considering all these observations, expect a high-scoring thriller this Monday between the two teams.