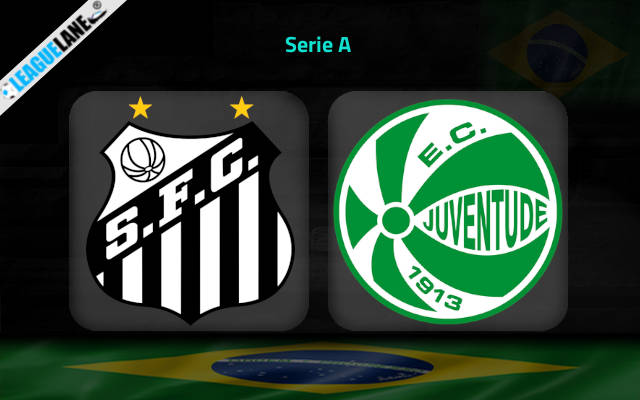 Unlike most teams in the division, the regular season started early for Santos due to their involvement in Copa Libertadores. It was a disappointing start to the campaign as they finished third in a group losing four of the six games. Still, they go to Copa Sudamericana due with their final position in the table being third.

The start of the new Serie A season was also not fruitful for the team with their first game ending in a big 0-3 defeat at Bahia. Fernando Diniz’s men restored some confidence with a 3-1 win over Ceara on matchday 2 and they now need to take the momentum on.

Juventude are returning to Brazil’s top tier after a long 14 year absence. The start is not good for them as well, generally experienced by newly promoted teams, they drew 2-2 at fellow promoted Cuiaba before a humbling 0-3 defeat at home to Athletico Paranaense.

The head-coach Marquinhos Santos have some work to do and fix the leaky defense in the trip to Santos, because they are up against a traditionally strong home side with some experienced match winners in the mix.

It is a shaky start for Santos and they need to find a quick fix to avoid a mid table finish in Serie A like last season.

Even though they do not lose a lot of league games at this venue, a majority of those are draws and this is something Fernando Diniz can afford on Saturday, considering the weaknesses of the opposition.

Juventude do not fare well at this stadium and they come with issues at the back. The likes of Kaio Jorge and Bruno Henrique will be looking to make use of any opportunity and everything points to a comfortable victory for the Santástico.