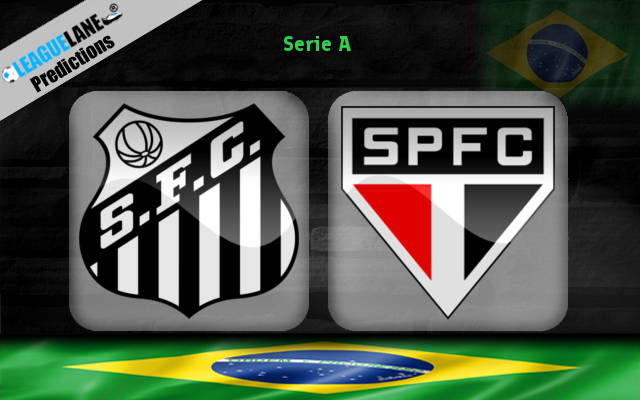 Santos will aim to pull themselves back from the winless run they are in as of now. They will lock horns with Sao Paulo on Sunday for the three points at Estadio Vila Belmiro. The away team is without a win in the campaign so far this season and will also focus on their first win in Serie A.

The host has one win and a draw that puts them ahead of the guest with a two-point lead over the latter on the table as it stands. They will return home after a 1-0 loss on the road against Fluminense in the previous league encounter.

In the meantime, Sao Paulo has been winless in the last four matches in the campaign. The visitor has drawn two games in the process, both at home. They will visit on the back of a 1-1 draw at home with Chapecoense SC in the last league clash.

Sao Paulo has an upper hand with their overall h2h history with the home team. However, their dominance doesn’t extend to the matches held at this venue. Santos has lost none of their recent four h2h meeting as the host against the visitor.

Besides, the host enjoys the ground advantage and has a slightly better form in the campaign. In addition to that, the away team has been winless in their last eight outings across all major competitions in the schedule. Thus, the double chance favoring Santos will probably be the best bet for the punters.