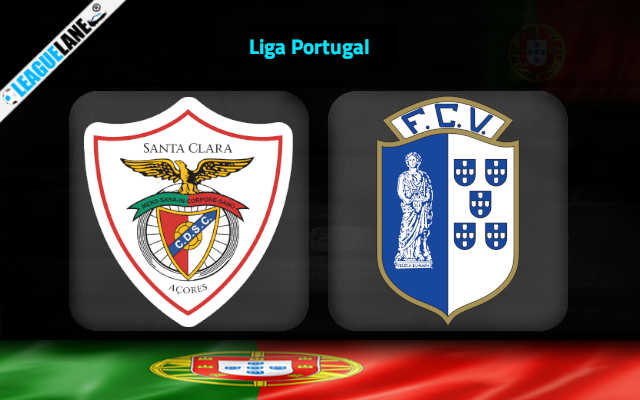 Santa Clara and Vizela will be hoping to terminate their respective four-game winless streaks to an end as they come across each other in Matchday No 25 in Primeira Liga on Sunday evening at Estadio do Sao Miguel.

It is fair to say that both outfits had a tough schedule in the last several weeks. Santa Clara thus played four top-half opponents in the previous four rounds.

They have managed a run of three draws and a defeat in the process which can hardly be regarded as a massive failure.

Mario Silva’s men showed a great defensive performance on Monday night when they held Sporting Braga to a goalless draw on the road.

Vizela took only two points from their previous four league affairs but they have had equally tough rivals in the process.

The team led by Alvaro Pacheco will come into this tie off of a draw as well, since they played a 1-1 stalemate at home to Portimonense seven days ago.

Vizela have featured in some high-scoring affairs whenever they played on the road in the last several months.

The Over 2.5 goals FT & Both Teams To Score option has thus landed in five of the last six matches they played away from home in Primeira Liga.

Since Santa Clara showed improvements in their back line lately, we have enough reasons to expect the hosts to come on top here by exploiting the obvious holes in Vizela’s back line here.

Santa Clara have a strong home record this season. They will go into this on the back of four wins and two draws in the last six home fixtures in the league.

Since they also kept the likes of Braga to a goalless stalemate last weekend on the road and since they have a positive head to head record against Vizela, the home win is well worth backing at the 2.25 odds.