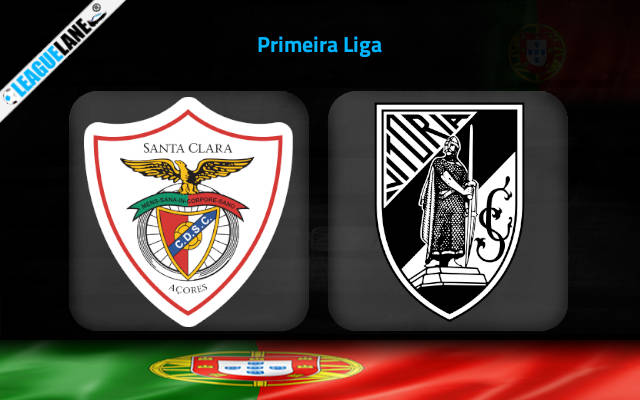 From 2 back to back wins, the Guimaraes are set to extend it to three as they encounter their next opponents. The Azoreans are at the third last on the table, in the zone for relegation. They need an urgent win to regain momentum and therefore sets up Estadio de Sao Miguel to welcome the guests on Friday.

Santa Clara is at the bottom, in the 16th spot with only 10 points. From the 14 games they played, they won only 2 of them while 4 ended in a draw. They lost in more than half of the fixtures standing at 8 with having a meager goals to conceding ratio on the table at 12:30.

The Azoreans have scored only half a dozen while their defenders saw a dozen go past them from the previous 5 fixtures. They really need a serious upgrade in defensive structure with the previous game against Maritimo saw a 1-4 vanquishing.

Guimaraes is at the 7th spot on the standing with 22 points from 14 games. They won on 6 occasions while the number of loss and draws share 4 each. They score fairly but tends to concede in same with 21:15.

They have been scored against in 6 of their last 6 games, seeing their opponents hit 8 goals in total. They won the last 2 back to back matches against Tondela and Ferreira, but they were unable to maintain a clean sheet in those fixtures.

Estadio de Sao Miguel never saw a home win from the past 2 fixtures against this foe in addition to not able to grab a victory against Guimaraes in the past 4 league games as well.

We envisage an away win this Friday because of the remarkable away performance of the hosts and taking into account of their previous h2h dominance.