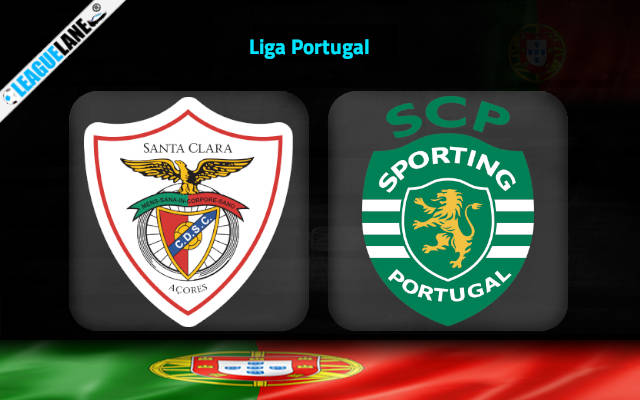 Santa Clara were one of the teams that had to settle outside the safe zone at the end of the past and lately they have been going through a rather inconsistent stretch of performances.

They have a 100-Percentage winless record this season barring a single fixture. As a result, they had lost their spot inside the first 15. They are currently at the 16th spot which comes under the danger zone of Portuguese topflight.

Meanwhile, Sporting CP have been one of the best teams in the Portuguese top flight for the past several years and especially so during the previous campaign.

They head into this fixture on the back of a Champions League defeat against Marseille. It was their second defeat in the past 7 overall outings.

It is worth noting that they had scored a total of 16 goals in their 16 appearances so far in this season.

On top of that they have an impressive head to head record against this opponent for the past several years.

By the looks of things, expect a pleasant day for the travelling supporters on Saturday at Estadio de Sao Miguel.

This match is a great chance for the visitors to gain back their positive consistency. Also, a victory here will boost them further despite of their recent slump on the road.

For all these reasons, expect a win for the visiting side Sporting CP while you can also go with the Over 2.5 Goals option.