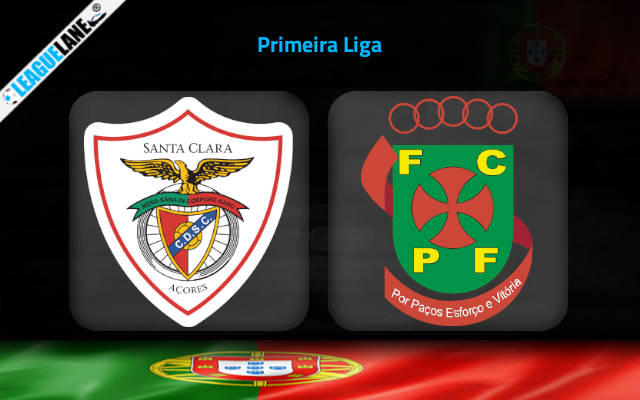 Santa Clara has played well in their recent matches, having lost only once from the last ten. However, most of the match seems to have ended in draws. From the last ten matches, the team has got two wins, seven draws and one loss. At the moment, the team is unbeaten in the last four matches. Santa Clara stands ninth on the league table with 37 points from their matches. With only two matches remaining, Santa Clara has locked a place in the Primeira Liga in the next season as well.

Santa Clara played their last match against Victoria Guimaraes. Both teams scored one goal each, ending the match in a draw with 1-1 FT score.

Pacos Ferreira seems to be on a cold streak in their matches, failing to secure a win in the last three matches. The team had played well before that, securing five wins, three draws and two losses from their last ten matches. Pacos Ferreira has secured a position in Primeira Liga next season as well. Currently, the team stands seventh on the league table with 38 points from their matches.

Pacos Ferreira faced Tondela in their last match, in which both teams scored one goal each. The match ended in a draw with 1-1 FT score.

Both Santa Clara and Pacos Ferreira have played well in their recent matches. Even though Pacos is on a cold streak in the last three matches, they are not to be taken lightly. They can get back in form at any time to secure wins in the match.

Pacos Ferreira stands above Santa Clara in the table. The high number of draws by Santa Clara can’t be overlooked as well. So, we can expect the match to end in a win for Pacos Ferreira or in a draw. Both teams have scored in most of their recent matches and will probably score in this match as well.