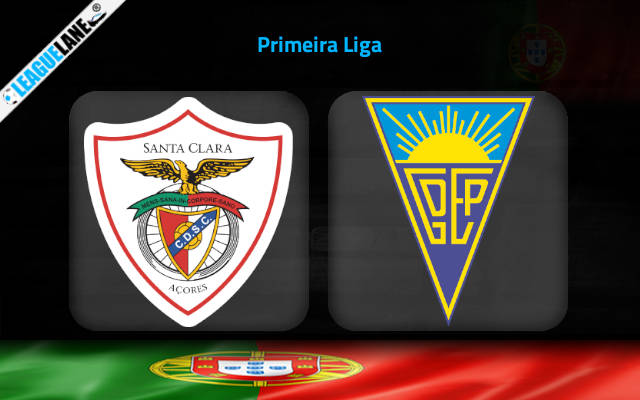 Santa Clara were one of the teams that had to settle outside the safe zone at the end of the past and lately they have been going through a rather inconsistent stretch of performances.

They have a 100-Percentage winless record this season, barring two fixtures which were against the 13th placed Vizela and bottom-spot Maritimo.

As a result, they had lost their spot inside the top half. They are currently at the edge of the danger zone with a total of 10 points.

Meanwhile, Estoril finished 9th in the standings last season. They were having an average form that season and seems to have picked up things where they left off in the previous season.

The Canaries secured a win in the opening fixture but failed to maintain it further. They are currently at the 10th spot with a total of 15 points after completing 12 Liga Portugal fixtures in this season.

Going on, Santa Clara who are currently on an unbeaten streak of three games, is coming up against Estoril who is winless in the last three games.

Estoril was a team that did not have high-scoring games this season. But that trend and their positive goal difference were lost in the previous game when Benfica beat them 1-5.

Despite being inconsistent at home, Santa Clara have drawn two of their last three games. Meanwhile, Estoril head into this game unbeaten in the last five away fixtures.

So in this fixture we like to place a Draw No Bet option in favor of Estoril who are unbeaten in the last five away games.