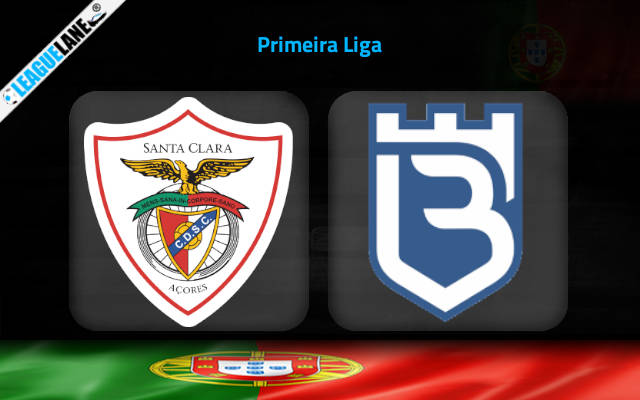 Game week 27 of Liga Portugal brings us the match between Santa Clara and Belenenses on Saturday at Ponta Delgada.

Santa Clara played their last match against Famalicao, in which both teams failed to score in the match, ending the game with 0-0 FT score.

Santa Clara has shown some improvement in their form since last December. Since then, the team has lost in only three of their matches. Looking at the past matches, the team has secured win in five, draws in four and lost in one match. Their improved form has helped the team to move up the table and sit 10th on the league table.

Belenenses have added to their cold streak after their last match against Boavista. Both teams couldn’t score a single goal in the match, ending the game in a goalless draw.

Belenenses have played poorly in their matches throughout the season, having won in only a few matches. Their poor performance has placed the team dead last on the league table with only 17 points from their matches so far.

Santa Clara’s improved form makes them a tough opponent for a team such as Belenenses. Santa is currently unbeaten in their last four matches and will hope to keep this streak going. Belenenses is on a cold streak which has lasted for four continuous matches and has only one win to show from their last ten matches.

Santa Clara’s recent matches show some promise for the team on their home ground. They have not lost in their last seven matches and have secured three wins in the last five home matches. Belenenses, on the other hand, have not won in any of their away matches this season.

So, the match is most likely to end in a win for Santa Clara. Belenenses inefficiency to score in their matches makes it possible for this match to end with a clean sheet for Santa Clara.