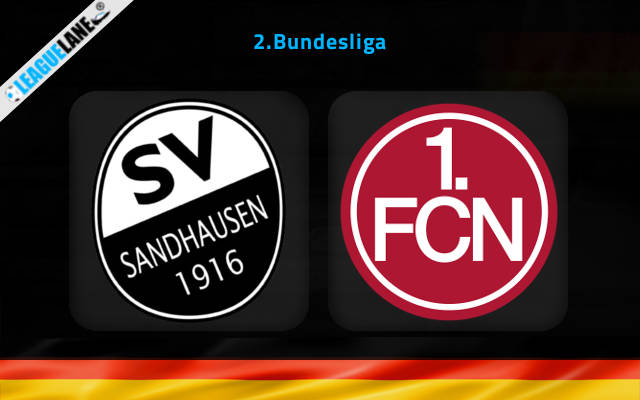 Sandhausen has gained confidence from winning from the last game and will look for the same since they need to escape from the possible relegation. Their earlier win against the Nurnberg this year gives an extra boost as they host them at their home this Friday.

Sandhausen vs Nurnberg Prediction and Analysis

With 2 back to back losses, the visitors are in search of a win as they come to Hardtwaldstadion. They have 21 points from 13 games with 5 wins, 6 draws and 2 losses.

The home team sits at the 16th spot with 3 wins, 3 draws and 6 losses. However, their recent victory against Dresden gives an edge over the away team who has been suffering 2 straight back to back losses against Bremen and Darmstadt.

On average, in direct matches both teams scored 2.23 goals per match. Despite this, Sandhausen has conceded about twice the goals they have scored in this season, hinting that a marquee striker can easily net as many goals overshadowing the defense.

Alois Schwarts had improved the team especially when considering the last 4 matches with 2 wins and 2 draws, that too with Bremen and Rostock. They have only conceded a single goal in their last 4 home games.

From the last 5 away games, Nurnberg has only won a single time. Therefore, a possible outcome could be a draw as the home team is the worst ones on the table to find a win before their fans.