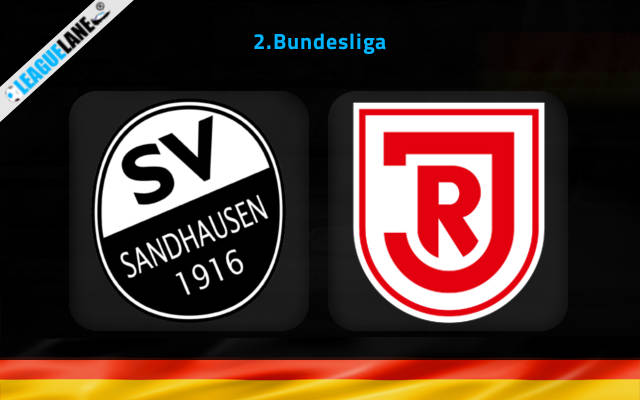 Sandhausen went undefeated in the month of December and are now looking to get out of the relegation zone.

Jahn Regensburg meanwhile had a disastrous December as they have fallen out of the race for direct promotion.

SV Sandhausen in their most recent fixture defeated Fortuna Düsseldorf away from home. Pascal Testroet scored the only goal of the fixture.

Having gained five points from the preceding three league fixtures the club currently occupies the relegation playoff spot, three points behind the team in 14th place.

Die Jahnelf on the last match day was defeated by a score line of 0-2 at home by Darmstadt. This was the team’s 3rd consecutive defeat.

Even more concerning for the club, all three of those defeats came against sides in the race for promotion.

As a result the club now sits 8th in the German second division, two points behind the promotion playoff spot.

Jahn has been struggling recently and have not had the best of results on the road throughout the season as they have managed the same number of wins as losses in away fixtures.

Just one win and two draws in six previous away fixtures are not acceptable for a team eyeing promotion. However, their opponents are yet to win at home this season, and given the overall quality of hosts, it would be unfair to bet against them.

Five preceding league fixtures at this venue witnessed goals from both clubs. Additionally, the hosts have failed to register a clean sheet in six previous outings in the 2. Bundesliga. Consequently, expect both clubs to get on the score sheet.