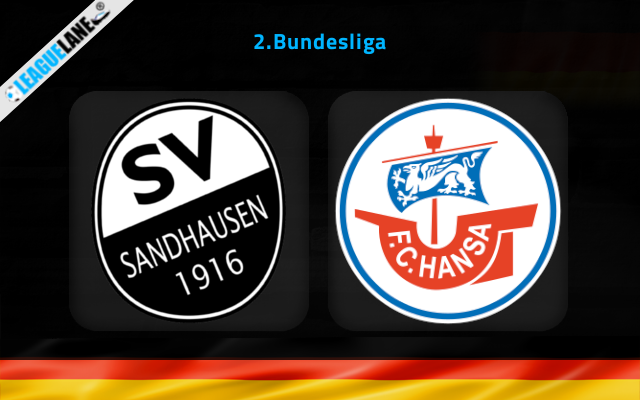 Neither Sandhausen nor Hansa Rostock are enjoying a decent 2.Bundesliga season so far. They both sits outside the top half and on a position near the danger zone of the table. Both these outfits will meet at Hardwalstadion to face each other in a 2.Bundesliga encounter on Saturday.

Sandhausen sits at the edge of the danger zone on the table. They have a total of 30 points, three points clear from the relegation spot. They have been bettering themselves of late. Following their recent form, they will be hoping to pick up some points to secure themselves from sinking into the danger zone.

Hansa Rostock sits 12th on the table with a total of 31 points. Despite of their position, they have only four points difference with the danger zone. Therefore, they will have to evade a defeat against Sandhausen to secure their position on the table.

Sandhausen drew their most recent league fixture against the current toppers Darmstadt. With that draw, they are now on the back of 7 straight unbeaten games in the league.

They are also having a three-game unbeaten run at home. They have only lost once in the past five league fixtures at home.

Meanwhile, Hansa Rostock recorded two back to back victories in the league of late. Their attacking side have scored goals in most of their recent league fixtures. Rostock also possess three unbeaten games on road.

Considering the above stats, we expect them to end up in a deadlock. We back the Both teams to score option considering the weak defenses of both these outfits.