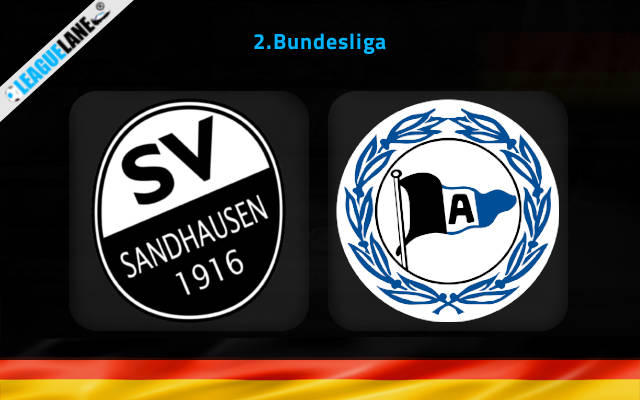 Sandhausen failed to deliver a decent run the past season. They were having a disappointing winless form mostly throughout the league and as a result, they were pushed down to occupy the 14th spot near the danger zone. However, they have escaped getting relegated into 3.Liga.

Sandhausen were seen playing a number of friendly fixtures with outfits across different competitions. They receieved these pre season warm-up friendlies positively, sealing mostly victories which helps to have some spirits to enter the fresh 2.Bundesliga season.

Meanwhile, Arminia Bielefeld were having a disappointing form throughout the past Bundesliga season. They failed to maintain their spot in the next top division run as their positioning inside the red zone shifted them to the second division.

Bielefeld have played some friendly outings against outfits in the topfligh of different competitions. They have succeeded in converting most of them into positive outcomes. The above outcomes with the desperation of returning back to the first division will boost them with some spirits.

The home form of Sandhausen at the end of the past season was so disappointing. They were mostly winless at home. Anyways, they have succeeded in recording positive outcomes in every friendly fixtures at home they have played prior to this fresh 2.Bundesliga season.

On the other side, Arminia Bielefeld were having a losing streak in the past Bundesliga season on road and ended up the league with a seven game of those. However, we can see them trying their best to deliver a competitive display in a couple of their final away outings that season.

On top of that, Bielefeld have a decent head to head form against Sandhausen. Therefore, we back Arminia Bielefeld to seal a win from this fixture.