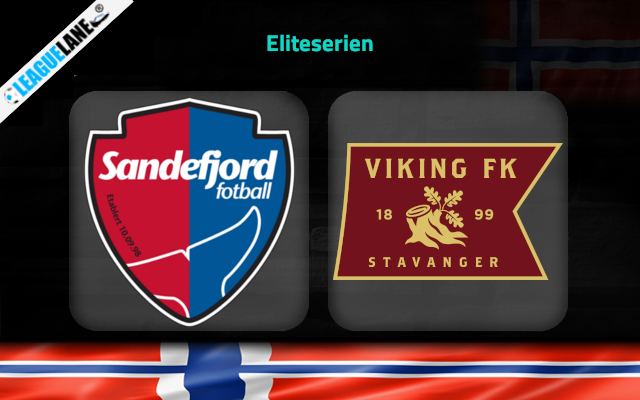 Sandefjord had an inconsistent start to this season. They maintained the same further by recording wins and defeat in an inconsistent rate. A defeat is the most often outcome for them. They are currently occupied at the 9th spot on the table.

Meanwhile, Viking had a decent start to this Eliteserien season. The occasions in which they tasted a defeat doesn’t affect their spirits as they have recorded unbeaten outcomes in every other fixtures to maintain their decent form. They occupies the fifth spot of the table at present.

We can see Sandefjord recording a 3-0 defeat against Tromso at home in their most recent league fixture. It was their second negative recording in the past three league outings. Their defensive side have leaked three goals in each of those.

Sandefjord possess a poor run at home lately. They are winless in four of the past 5 league fixtures at home. Two of them were demotivating defeats too. They leaked and scored two goals apiece in the other two winless outings.

On the other side, Viking recorded a sudden inconsistency after having a streak of unbeaten games. They were on the back of two winless games before recording a positive outcome recently in their knockout qualification fixture against Sparta Prague for the upcoming Europa Conference League.

Viking possess a decent form on the road at present. They are unbeaten in three of the past 5 on the road fixtures across all competitions. Two of them were positive outings.

Considering all the above stats, we are left to back Viking to seal a win against Sandefjord when they both meet in an Eliteserien fixture on Sunday.